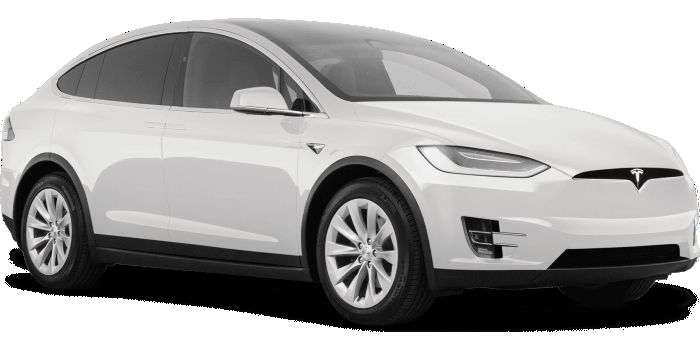 The Tesla Model S Long Range is a great four-door luxury sports car that just also happens to be an electric vehicle. A large, low-slung hatchback, it easily seats five, or seven in a pinch when fitted with rear-facing jump seats.

With its optional 85 kWh battery, the Tesla can travel between 180 and 225 miles per charge, at least twice as far as other electrics. It can also be fully charged in as little as five hours.

Performance is exceptional, with thrilling acceleration, pinpoint handling, and a superb ride. A huge iPad-like center screen controls nearly all accessory functions. Drawbacks include tight access and restricted visibility. All-wheel drive versions were added in 2014, along with an optional Autopilot suite of advanced driver assistance features.

In 2015, Tesla dropped the two smaller battery choices, making the standard battery 70-kWh, and offered all-wheel drive. Other changes for 2015 included standard forward-collision warning with active emergency braking, and blind-spot and lane-departure warning. As of 2019 the Model S is only available with the 100 kWh battery. The 75 kWh version is discontinued.

Other changes include Tesla’s new Navigate on Autopilot software, which lets drivers choose whether the car can automatically change lanes without their input. The Long Range version is now rated at 373 miles. Tesla extended the range for the Model S for 2021.

A freshening brought changes to the cabin with a different touchscreen, a chopped steering wheel and no stalks for a gear selector, turn signals or wipers. Instead, there is a slider on the screen or a touch sensitive gear selector on the console. Buttons on the steering wheel replace every function that used to have a stalk. The company recently added an ultra-high performance version called Plaid that has 1,020 hp and 396-mile range.